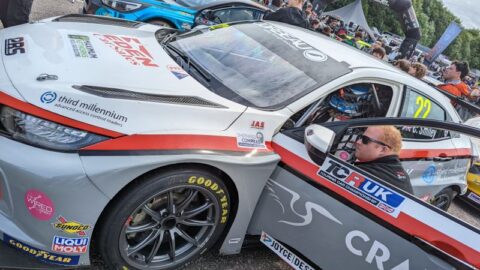 With the third race weekend of the season over, we are taking a look back over the weekend and reviewing the steady weekend the team had.

We arrived at Brands Hatch, the teams local circuit, and set up the awning, car etc. Chris then headed out on track for a test session in his Honda Civic Type-R FK7. The car felt good  and Chris & the team were happy with it.

Practice, Qualifying and Race 1 of the weekend – Saturday 18th June 2022 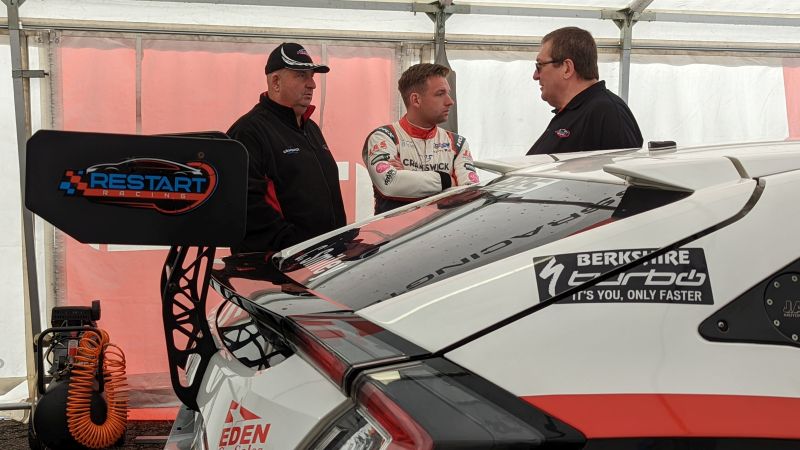 Chris and the team were happy with the setup of the car and after the session was cut short due to a delayed start and a red flag during the session, Chris completed limited laps but finished P6 in the session with a fastest time of 49.380

Race 1, we started P6 and made it up to P2 but after an on track incident very early in the race, the red flag was brought out, resulting in a full restart putting Chris back into P6. Chris then worked extremely hard and got himself back up to P2 and onto the podium! Chris was on wets for the entire race which is the first time he has driven the JAS powered Honda Civic Type-R FK7 in the rain.

Watch the full race on the TCR UK Channel – https://youtu.be/lep9nR8H4gw 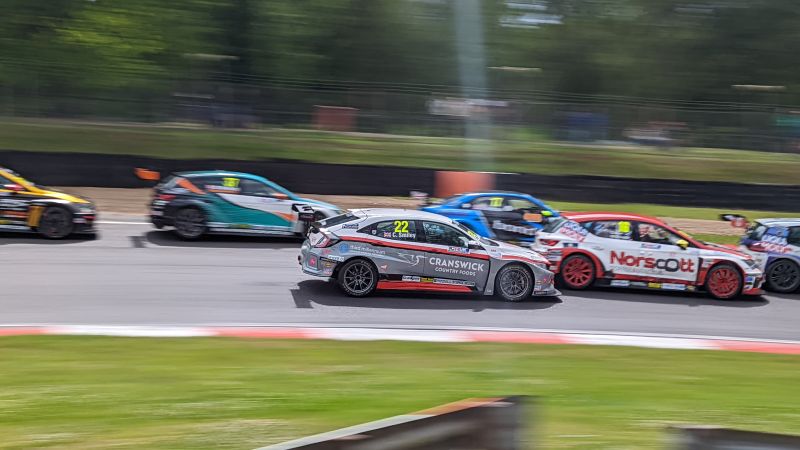 Race 2, Chris started P9 due to the reverse grid and unfortunately, Race 2 ended rather promptly for us as a mechanical failure meant Chris had to retire from the race after only completing 5 laps. Thankfully, this didn’t affect our Race 3 as the grid had already been determined by qualifying on Saturday. 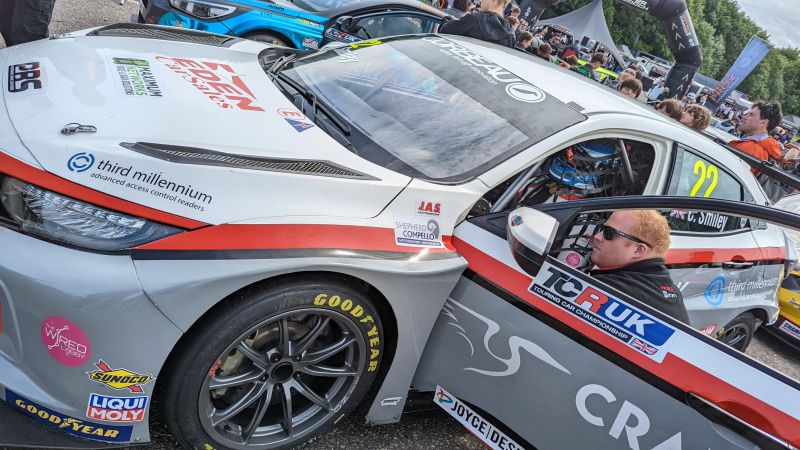 In Race 3, Chris started 8th but after a delayed start and a  crash on the pit straight on the first lap meant the session was red flagged  and the 25 minute session was reduced to just an 18 minute race, Chris managed hold onto P8 and moved up to P7 on Lap 1 and held that position until Lap 9 where he was overtaken by the championship leader Max Hart. Chris’ finished the race P8.  His fastest lap time of the race was a 49.733 which he completed on Lap 13.

We leave this weekend 4th in the championship just 57 points behind the leader Max Hart.

A huge thanks to our technical partners J.A.S. Motorsport and all of our sponsors for making this possible. Also a huge thanks to everyone at Time Attack UK and TCR UK for hosting this weekend. Onwards and upwards to Oulton Park on the 16th July 2022.