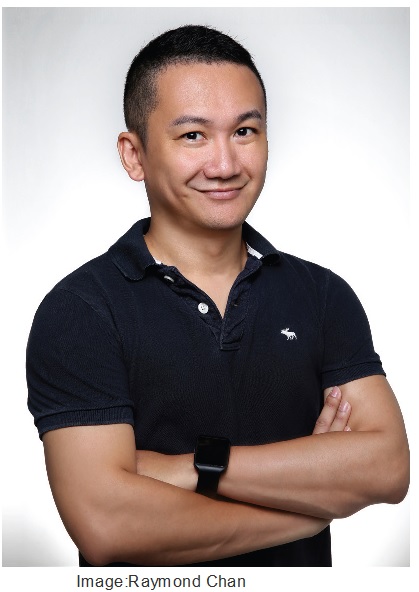 The challenge of a blockchain-based Internet is difficult but not impossible. By Raymond Chan

Web3 draws its name as the third generation of the internet, one which harnesses the web with blockchain technology, aiming to reduce the control of big corporations such as Google or Meta (formerly Facebook). When the Web 1.0 was considered read-only static pages and Web 2.0 added the ability for interaction such as social media and online banking, the concept of Web 3.0 is going to combine the characteristics of both Web1 and Web2 on a new network layer.

When a new technology disruption is introduced, there is no doubt it will bring enormous opportunity to early adaptors and first movers, and Web3 is going to be no exception. However, for individuals who are absolute beginners in the technology sector and just want to invest into the future, it is probably going to pose a challenge but it is not impossible.

Web3 is a combination of Web1 and Web2, on a new network layer as explained. If we want to know what opportunities are presented ahead of the new-web hype, the historical data and success stories from the dot-com bubble (Web1) and mobile era (Web2) may be able to give us a hint.

In a Web3 world, the data is an asset itself stored on the blockchain in the form of token. A majority of the tokens can be classified as cryptocurrency and there are still arguments for the future of that form of asset. However, there is one usage of the token that poses no argument – media as a store of value. Web3 is going to create opportunities to help people managing that store of values and we can foresee the opportunities are similar to the dot-com and mobile hype, where history will repeat itself again on this new layer. The new device is a crypto-wallet “living” in an internet browser or mobile phone, and different kinds of banking or investment products are/will be created similar to what we are used to in the conventional market. Currency exchange platforms are the first mover to the market and we shall see more financial products, i.e. hedge funds and market-making businesses buy into the hype soon, if it has not yet happened.

eBay from the Web2 era has created a lot of economic opportunity where buyers and sellers around the world can be doing creative exchanges. The trading of NFT are more inspiring than the physical goods trading on Web2 because of the smart contract – a technology giving the ability to automate the trading and tracking of the virtual product itself. NFT exchange platforms similar to Opensea.io are among the first movers to the market and we shall see eBay- or Airbnb-like products joining the Web3 soon in this section.

Metaverse for gaming and communication

The metaverse is definitely having a moment these days after Facebook CEO Mark Zuckerberg told the world about his ambitious new initiative. Metaverse isn’t just gaming, even though gaming is supposed to be the largest player in the metaverse, as stated by the Facebook CEO. We also can foresee people effectively using this new media as a primary communication tool similar to WhatsApp or Skype across different computing platforms like VR and AR, and also traditional websites, alongside mobile devices and game consoles. Simply said, a realized metaverse could be the next best thing as a new gaming device as well as a communication tool for our industry to grow upon.

Harvard Business School professor Dr. Clayton Christensen had demonstrated to us how big corporations like Nokia and Kodak could do everything right, and still lost their market leadership as new disruptive technologies rose and took over. Web3 is a disruptive technology where developers and entrepreneurs around the world can be doing creative work around this new layer of the internet. I’m really looking forward to playing some role in building out this next chapter for the internet, or investing in those who are capable of doing so.

Raymond is a software engineer, tech founder and venture partner. He cofounded Alphamirai Ventures and Alphaslot Foundation to back the daring from Seed to Series A. He also serves in management consulting roles for companies taking advantage of digital transformation and global expansion. Previously, Raymond cofounded two technology companies, served as CEO to lead the in-depth customer intelligence and technology business from 2007-2018. Earlier in his career, Raymond was part of the founding data science team for E*TRADE from Morgan Stanley, and played a key role in the design of the TiVo customer intelligence system for the internet unicorn in Silicon Valley.

The Web 3.0 Hype for Absolute Beginners was first seen on Casino Life Magazine