The online gaming and gambling industry is huge so it should come as no surprise that companies are doing everything they can to accommodate their players in the best way possible. However, making deposits and withdrawals easily whilst ensuring customers’ security is not all these operators do. They also realize that personalization plays a big role in attracting an audience, which is why there are so many different games out there, each of them with a wide variety of themes. When we take into account how popular online slots are, it’s no wonder that there are dozens of themes players can choose from. With such a huge choice, it’s only normal that there are a few bizarre ones. Keep on reading for some of the most unusual online slots themes. 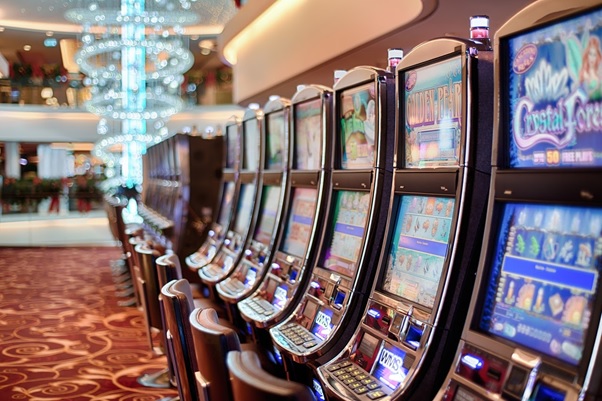 The Bible slots are very polarizing; you will either love or hate them. Considering that most religions consider gambling to be a sin or at least not a life choice approved by most religions, it is kind of puzzling to see a slot machine theme that is dedicated to the Holy Bible. On the other hand, these games intend on teaching players about the Bible and the reels include many famous characters, letters and numbers that can be found in the good book. You can even find some specific themes, such as Adam and Eve, Noah’s Ark and End Days.

Playtech, the leading casino games software developer, made a bit of a blunder when it released a game called Lakshmi Gold. This game offended millions of Hindus as it featured icons of deities on the reels. For example, Lakshmi, the Hindu goddess of wealth, was used as the bonus symbol while Lord Ganesh, the god of wisdom, was a wild symbol. Additionally, the cow (which is considered to be a sacred animal in the Hindu religion) was also featured within the game. After some protests, the developer quietly withdrew the game from its offer.

Yes, you read that correctly. Paddy Power, an Irish bookmaker, decided to parody 50 Shades of Grey and make Santa Claus their protagonist. Masks, lips, handcuffs, high heels and fishnet stockings all adorn the reels as well as a sexy Mrs Claus and Santa himself. It might be surprising but there is surely an audience out there that always wanted a kinky Santa Claus theme, right?

Who Wants to Be a Millionaire

On the other hand, not all the slot themes are out there to ruin some childhood memories. People who love watching Who Wants to Be a Millionaire but don’t want to go on TV and potentially embarrass themselves can luckily turn to online slots with this theme. Recreating popular TV game shows is not at all rare, as there are also games like Deal or No Deal and The Price Is Right.

TV shows have proven to be an endless source of slot themes, which is why Judge Judy has also found its place on this list. The icons on the reels include Judge Judy herself and the show’s logo, in addition to various laws and court related items, such as; gavels, law books, courthouses, and the American flag. There are bonus rounds as well, where players watch short clips of Judy’s cases and try to reach the same verdict.

Ten years ago, no one even said the word ‘sharknado’ out loud. Then, a low budget movie turned into a franchise and created a phenomenon. Regardless of whether you watched it, you definitely heard of it. This slot theme was not without drama, either. Tara Reid, the star of the movie, sued the producers for $100 million, claiming that they licensed her image without her consent and earned millions off the slots. Reid later dismissed the lawsuit.

There are also slot machine themes built only around one person. One such is the Hoffmania, a slot game centered around David Hasselhoff, the star of Baywatch and Knight Rider as well as the most watched man on TV Guinness World Records holder. Players win prizes by doing all kinds of things like playing a game of poker with the Hoff himself and distributing autographed memorabilia. It’s all very tongue-in-cheek but it has a top prize of 400,000 coins which is nothing to scoff at.

Finally, there are even slots themes about food, well, of course, there are! The one we’ll talk about here is all about that curry. You’d probably expect some signature curry dishes as the reels but the game designers took a different approach. The reels are inspired by the classic fruit-themed slots and feature items like limes, melons, chili peppers, papadums and beers. Plus, you can also see a person explode from Indian food. If you plan on playing this, better order some Indian food or prepare your own dishes, as it will surely spark a craving.

These eight are just some of the thousands of slots themes you can encounter online. There is so much to discover so get going if this interests you.